Raimon Panikkar, a Roman Catholic theologian whose embrace of Hindu scriptures and Buddhism made him an influential voice for promoting dialogue among the world’s religions, died on Aug. 26 at his home in Tavertet, Spain. He was 91 .READ MORE 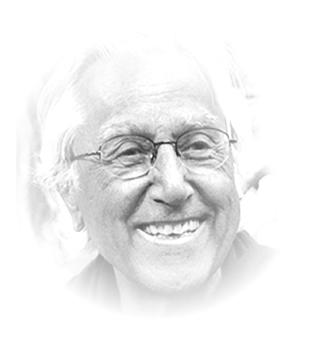 On Friday, at the Santa Maria Abbey in Montserrat Spain, a mass will be held for a Raimon Panikkar, who the National Catholic Reporter calls “one of the greatest scholars of the 20th century in the areas of comparative religion, theology, and inter-religious dialogue.”

Panikkar, who was 91 when he died in Spain last week, spent most of his life trying to draw the connections between various religions, emphasizing their compatibilities rather than their differences. He did this through lectures and many writings such as “The Unknown Christ of Hinduism”, “The Trinity and World Religions” and “The Intrareligious Dialogue.” Panikkar was born in Spain, the son of a Spanish Catholic mother and an Indian Hindu father. Around 1940, Panikkar became friends with Opus Dei founder Escriva de Balaguer and was ordained as a Catholic priest a few years later. In 1954, Panikkar made his first trip to India, which turned out to be life changing for him. Panikkar was struck by the spiritual wisdom he found in Hindu and Buddhist teachings. While in India he befriended a trio of monks who were attempting to live their Catholicism in the context of the predominant religions of the country. Panikkar’s course in life was set. He later wrote:

“I left Europe [for India] as a Christian, I discovered I was a Hindu and returned as a Buddhist without ever having ceased to be a Christian.”

Panikkar began to move away from his ties to Opus Dei — eventually severing them completely. Panikkar’s new approach was not to simply tack on bits of Eastern philosophy to his Catholicism. Rather he found in Hinduism and Buddhism new ways to express the deeper truths of his Christianity. In an interview with The Christian Century published in 2000, Panikkar said:

I think that after the misadventures of the past 2,000 years Christianity should stop being the religion of the Book and become the religion of the Word — a word that Christians should hear from a Christ who lives, as Paul says, yesterday, today and always. Then their faith can become more of a personal experience. To present the faith to men and women today doesn’t mean trying to introduce a little Thomism here, a little Judaism there, and so forth, but to reach them at their deepest existential, humble and mystical level.

National Catholic Reporter tells us that Panikkar was “simultaneously a philosopher, theologian, mystic, priest and poet.”

Conversant in a dozen or so languages and fluent in at least six, he traveled tirelessly around the world, lecturing, writing, preaching, and conducting retreats. His famous Easter service in his Santa Barbara days would attract visitors from all corners of the globe. Well before dawn they would climb up the mountain near his home in Montecito, meditate quietly in the darkness once they reached the top, and then salute the sun as it arose over the horizon. Panikkar would bless the elements — air, earth, water and fire — and all the surrounding forms of life — plant, animal, and human — and then celebrate Mass and the Eucharist. It was a profound “cosmotheandric” celebration with the human, cosmic, and divine dimensions of life being affirmed, reverenced, and brought into a deep harmony. The celebration after the formal service at Panikkar’s home resembled in some respects the feast of Pentecost as described in the New Testament, where peoples of many tongues engaged in animated conversation.

At the center of these celebrations, retreats, and lectures stood Panikkar himself and his arresting personality. People who heard or encountered him could not help but be struck by this physically small man who packed a punch and who managed to combine the quiet dignity of a sage, the profundity of a scholar, the depth of a contemplative, and the warmth and charm of a friend in his sparkling personality.